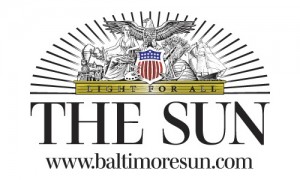 Reprinted with permission from the Baltimore Sun

Last week, I attended the “Sing and String” concert at Roland Park Elementary/Middle School. The energy in the room was extraordinary. As a conductor and parent, I was immensely proud of our music programs. It is not coincidental that so many of the students advancing to the most rigorous academic programs are also linchpins of their school’s music programs. But dwelling excessively on this correlation severely limits the value of the arts and their potential place in our lives. Anecdotes about the link between the arts and intellectual achievement are legion. It is no secret that Einstein was an avid amateur violinist. Somewhat less well-known: When Werner Heisenberg had his epiphany for the Uncertainty Principle while at a conference, across the courtyard from his hotel room, a violinist was playing the Bach “Chaconne.” The arts, however, represent far more than mere steroids for academic achievement and socialization. Thought and learning require an outlet. Scientists have shown that a person deprived of dreaming, even with sufficient sleep-hours logged, will go insane. The arts provide a waking dream, if you will.

Yet the human need for the arts runs still much deeper. The best of the arts fuses the nonrational with an intensely structured and rigorous internal logic. The creative process is often erroneously reduced to “fun” or “imagination.” Yes, it does feel exhilarating and is often – though not always – fun. But this element is only half the equation for the arts. Conductor George Szell said that in music (read: the arts in general), one must learn to think with one’s heart and feel with one’s mind. In fact, Oliver Sacks, in his book Musicophilia, documents incredible crossover in the hemispheres of musicians’ brains. The intuitive and the logical are united. Perhaps for this reason, the arts, along with scientific inquiry, represent the summit of human endeavor. We only have to think of the great civilizations and we immediately conjure up their art forms: Egypt = the Pyramids and hieroglyphics; India = the Taj Mahal; Greece = Homer and the Acropolis; the Renaissance = Michelangelo, Da Vinci and Dante; Elizabethan England = Shakespeare; Enlightenment Europe = Beethoven and Mozart; 19th-century Russia = Tolstoy and Tchaikovsky; 20th-century America = Frank Lloyd Wright, Louis Armstrong and Martha Graham. These, of course, are just instances. Without the capacity to express, to explore – often wordlessly – that realm that is both nonrational and intensely structured and rigorous, the human is devoid of spirit, and we as a species devolve into an amoebic colony of metabolic units. In the obsession with test scores and grades, it’s too easy to forget the real value of the arts – not as a booster for academic success, but on their own terms. To our arts educators, I say: I can think of no more meaningful endeavor than exposing our students to these experiences. I can think of no greater purpose in life than cultivating the art spirit in our next generation. In sharing your great work, joy and inspiration with your students and their parents, you pass on our most important legacy.